For the past 4 years, I’ve had the honor of photographing the Miss Vietnam Northern California Intercollegiate Court and every year I’ve picked a photographer I admire to inspire me when planning for the shoot. Last year, it was a tone down version of Terry Richardson’s ring flash white background portraits. http://mosessison.com/2012/07/hklt-royal-court-2012-editorial-preview. This year I decided that I wanted a Martin Schoeller inspired shoot. Here are the results.

Much props to phlearn.com for providing an awesome tutorial on what type of lighting to use.

I have always wanted to emulate the style that Don Draper epitomizes on this show, but, simply put, I don’t look good in a hat. Since I can’t dress like Don, I decided that taking inspriation from two of the primary female characters for this photo shoot would be more than satisfactory; the always discontent housewife Betty Francis (nee Draper), and everybody’s favorite office manager Joan Harris. I couldn’t have posted this with more perfect timing, as Mad Men starts the long awaited season 5 at the end of the month.

Special thanks to the impeccable Jessica Do  for her hair styling and make-up skills that so expertly captured the ‘new-retro’ feel I was going for in this shoot. Thanks to Jamie  for being my Betty Francis and to Cassie  for capturing Joan Harris so well. This set was shot at the always awesome Candy Factory Studio  in Fremont, California.

Special thanks to the ever so talented Jessica Do for her crazy hair styling and make up skills. Thanks to Jamie for being my Betty Draper and Cassie for capturing Joan Harris so well. This set was shot at the awesome Candy Factory Studio in Fremont, California.

I’ve always admired the works of Keith Selle and other photographers who create a lot of images with models who are, for lack of a better word, “bad assess”. These photographers are able to capture the intensity of the tattoos as well as the beauty of model. Being mostly a corporate and headshot photographer, I rarely get the chance to photograph models with badass tattoos and piercings. Unless Mike Tyson wants a headshot, my chances of photographing someone with an awesome tattoo is very slim.

As I troll Facebook one day, I came across a set of pictures from my news feed and what do you know, it’s a set of pictures of some tatted up girl that I just happen to know. Her tats and piercings were so unique that I went ahead and contacted her to do a shoot. Long story short, we met up in Fremont at my friend’s awesome studio, The Candy Factory Studio, and due to some time constraints, we literally only had about 15min to actually shoot. My awesome MUA/Hairstylist friend, Jessica Do, did her hair and some of her make up. The shoot was, in my opinion, a success. I cannot wait to work with her again in future projects.

The “looks” couldn’t be that dramatically different from each other because of the two hour constraints. I’ve been in some photoshoots where the make up and hair alone took two hours so I had to keep this one simple. I perused the websites of my 4 favorite portrait and headshot photographers (Vaney Poyey, Peter Hurley, David Muller and Alan Weissman) for inspiration and after several hours of looking through hundreds of picture, I finally picked 3 looks that are different but simple enough to do. Intense athlete, girl next door and seductive villain are the three looks we choose and I am pretty happy with the result. The strobist info can be seen after the pictures. 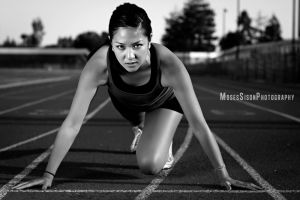 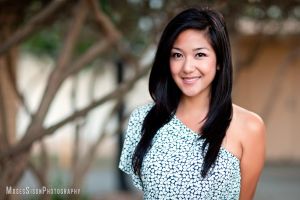 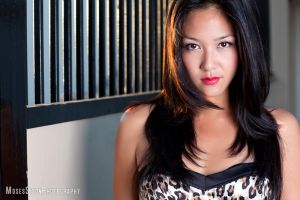 The order in which the pictures where shot also needed to be taken in consideration. It’s easier to poof up someone’s hair after straightening it or add more make up rather than wiping it off. The 3 shots are shown in the order they were taken.

I’ve always thought that the Ao Dai, the Vietnamese traditional dress, is one of the most conservative traditional dresses out of all the traditional dresses in Asia. It’s clean, simple and covers a woman from neck to toe. However, the Ao Dai is also extremely sexy. The almost see through material plays with one’s imagination and the fluidity of the fabric moves with just the slightest wind. It’s also often worn as the official uniform for students in Vietnam. I’ve read somewhere that the design of the dress is a “way of teaching students feminine behavior such as modesty, caution, and a refined manner”.

I am lucky enough to do several portraits of Vietnamese women in their Ao Dais for the past 3 years. This is due to my involvement with the Miss Vietnam of Northern California Intercollegiate pageant (HKLT for short… don’t ask) here in the Bay Area. I provided them with headshots and sponsored a photoshoot for whoever wins the title “Ms. Photogenic”.

Many thanks to Jodie Truong for the art direction and post processing skills.

I met Mina back in 2008 when I was just starting to get serious with my photography. I planned a crazy photoshoot involving 3 MUAs, 7 models and help of a very skilled photographer, Mark Sebastien. Mina happened to be one of the 3 MUAs and she did an amazing job with the models. After several months of our initial collaboration, Mina contacted me to take pictures of her new fashion line which she co founded with her friend Kathy. From their grass roots humble beginnings to their super awesome fashion show happening this Friday 10/21, KMABELLEMINA continues to impress with their vintage glam style of clothing that is truly unique.

Below is a sample of their Summer 2011 line: 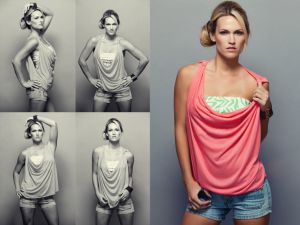 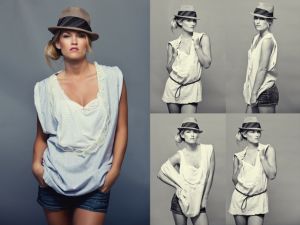 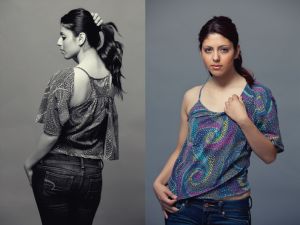 I consider Jessica to be one of my really good friends; she’s also one of the few people who can tell me to ‘stop it’, and I will actually listen! Jessica recently approached me and asked if I would be willing to take her graduation portraits; after much deliberation on what style we should use, we ended up going for a traditional set-up.

I should really just take pictures of the set-up so I don’t have to type so much, but for now, here’s a quick breakdown of what I used: 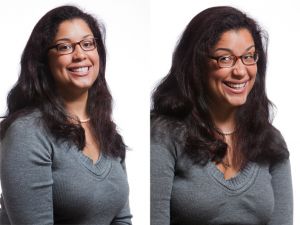 I have always wanted to get a Master’s degree because I always have believed you could then put “Master” in front of your name, similar to getting a doctorage and being able to use “Doctor” in one’s signature… but alas, this is not the case. Either ‘Master Moses Sison’, or ‘Moses Sison, Master’ would be a pretty good salutation, right? *sigh*