For the past 4 years, I’ve had the honor of photographing the Miss Vietnam Northern California Intercollegiate Court and every year I’ve picked a photographer I admire to inspire me when planning for the shoot. Last year, it was a tone down version of Terry Richardson’s ring flash white background portraits. http://mosessison.com/2012/07/hklt-royal-court-2012-editorial-preview. This year I decided that I wanted a Martin Schoeller inspired shoot. Here are the results.

Much props to phlearn.com for providing an awesome tutorial on what type of lighting to use.

For the longest time, I’ve always thought of Sacramento as boring, stuffy and old smelling. I envisioned that people who live there talk about the Senate, House and the “State of State.” Sacramento’nians to me are all politics and no fun. But after meeting and hanging out with the very cute, super fun and semi crazy Mary and Kim, Sacramento doesn’t seem all the bad anymore.

It was fall of last year when we decided to do a “Sun Kiss” photoshoot inspired by the photography of John Agcaoili. Both of the ladies came over the house right before sun set and I started debriefing them about the shoot. We chose to shoot during “Golden Hour” because I just love the diffuse warm light the sun provides during that time.  I’ve been scouting for locations to shoot this concept for weeks now and we actually ended up near my house in a deserted horse ranch. It was a relatively fast and very efficient shoot because I’ve worked with both Mary and Kim before so I barely had to direct them and we transitioned from one shot to the next seamlessly. 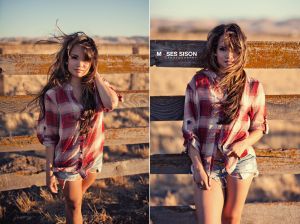 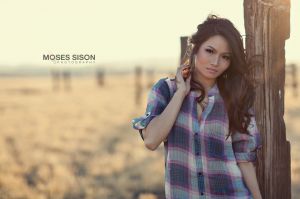 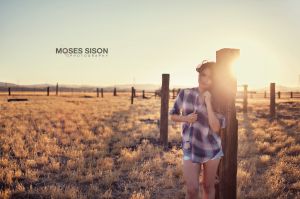 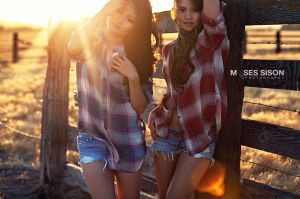 The shoot went so fast that when we got home, we actually had enough energy to do a completely different shoot. I was going for the whole Terry Richardson (NSFW) look where the background is about 2 stops hotter and the model is about 1 stop over exposed. Using only 1 ring flash as my light source, I put both Mary and Kim in this small white box that’s meant to be a “computer” area in one of the rooms. It worked like a charm. The light bounce around everywhere giving me a nice even background and much of details were kept intact.